For Alex, love isn’t something to be afraid of. And loving her body means protecting it.

Everything about Alex tells you that this is a woman who loves her body. But that wasn’t always true. At least, it wasn’t always easy. Growing up in Wisconsin, Alex struggled to find acceptance in her family and within herself as a transgender Latina woman. And learning to feel confident inside and out isn’t easy when just running to the grocery store can mean dealing with strangers’ curiosity, judgments and worse.

“It’s really hard when you’re living in a body that you don’t understand, necessarily, and that other people don’t understand,” says Alex. “I spent a lot of time not understanding myself, and now I’m slowly finding that I love myself and that I’m loveable. All of my hardships—the stuff that I’ve had to go through, the changes I’ve had to make, the relationships I’ve had to end—were absolutely worth it, because I am who I am today. And I am happier than I’ve ever been.”

For Alex, embracing her life means taking care of her body by choosing safer sex options like condoms and PrEP.

The most powerful thing someone could do to support anybody vulnerable is to show them love.

“I carry around condoms wherever I go. I give them out,” says Alex. “And I have conversations with my sexual partners. I tell them that I’m HIV negative, that I’m on PrEP, that I’m tested regularly. And that starts a conversation," Alex adds. "They say ‘What’s PrEP?’ And that gets the ball rolling.”

Alex learned about PrEP from friends—and she immediately knew the pill (a once-a-day medication that can reduce the risk of acquiring HIV by at least 90%) was a game-changer. “HIV has always been like this cloud hanging over my community,” says Alex. “People just think if you have sex with someone who has HIV, you’re going to get HIV. And that is not true anymore.”

Now people living with and without HIV can love each other freely and safely, without worrying about passing HIV on, by using PrEP or staying in treatment. “And that is such a groundbreaking thing,” says Alex. “HIV isn’t eliminating this whole pool of people from romantic relationships and sexual relationships. It’s no longer an ‘othering’ disease.”

And that gives Alex hope, as well as a sense of purpose. “I don’t have HIV but I have friends who do— I have former partners who do have it. And I just want to be loud as I can and be and advocate for people who are living with it,” says Alex. “It’s not a life-threatening disease anymore. It’s manageable. It’s treatable. It’s completely preventable.” 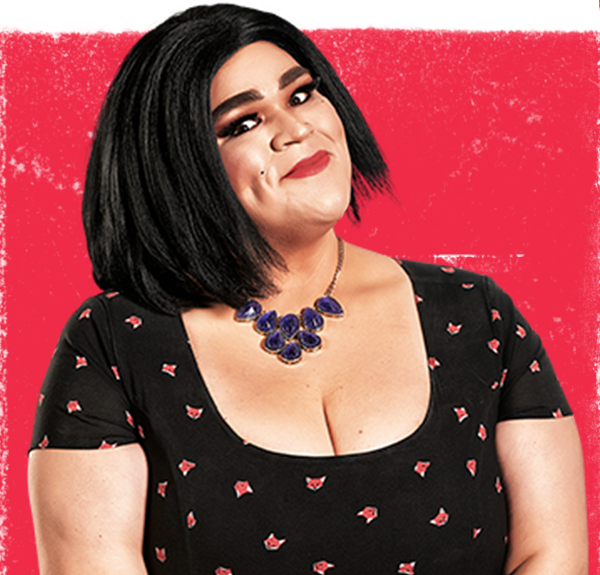 Find out if you're up to date on HIV.

Take the Next Step

Interested in PrEP? There are resources in your community that can help.

Sponsored by the Wisconsin Department of Health Services, HIV in Real Life is a community-focused resource dedicated to educating and empowering all those affected by HIV. Together, we can end HIV in Wisconsin.
Click here to view DHS' external link disclaimer.